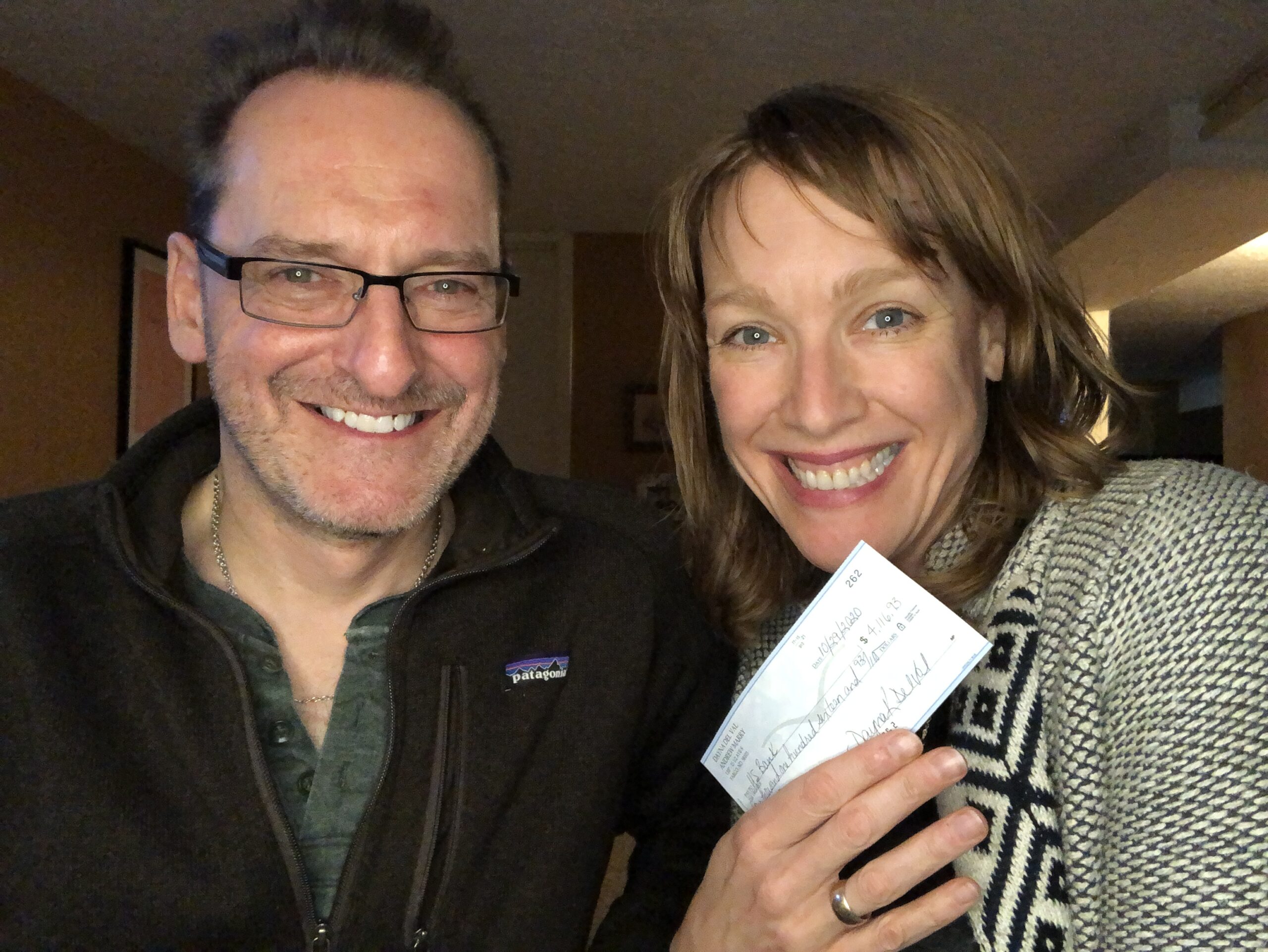 August 15, 2006, I took a deep breath and began signing my name, over and over again. I was in a sterile board room with my realtor, the title person and the current owner of the little house I was buying for my son and me.

I had written a great big check to cover the downpayment. Money that took me 10 years to save—payment for commercials I had shot, an inheritance from my grandma and a financial gift from my mother.

I remember looking at the amortization of what I would actually pay for my house over the life of the 30-year loan. With the interest rate I had been approved at (a whopping 6.7%), my little affordable house was going to cost me a mint, and I was going to be in my 60s when I finally paid the debt. I took another deep breath and kept signing. So much for the freedom of owning your own home.

Nearly two years later, I married Dr Marry, and we refinanced the house—for both a better interest rate (4.5%) and a shorter mortgage (15 years). I remember thinking, “Now we’re gonna fly.”

Or not. Somehow, our combined incomes did not magically erase the financial stress I had had about the house and living expenses on my own. I wracked my brain trying to solve our money challenges, but they were as illusive to me as an Algebraic equation.

Somewhere between 2006 and 2008, I read that if you could pay one extra payment a year, you’d knock a lot of years off your loan. I started adding a small amount to every month’s principle as soon as I possibly could.

In September 2011, we refinanced again to add to our mortgage to have siding and windows put on our house and to drop the interest rate yet again (3.75%). Our fifteen-year mortgage would be up September 2026. I would be in my 50s. That felt less daunting, but I am tenacious about odd things. And paying off the house became one of them.

It felt like a competition—how could I beat the bank? I knew I couldn’t win by not paying, so then paying in excess became my goal. If paying one extra payment a year would take away approximately 8 years on my 30-year loan, what would happen if we paid even more on our 15-year loan? The amount was offense, but what we paid was defense, and I will defend the hell out of whatever I put my focus on.

But it’s hard to play defense against a player you’ve never encountered. Turns out that the x I was trying so desperately to solve in the equation was something utterly out of my control: another person and his secrets. I grew up in a household where one person managed and controlled all the money, and that one person was not even the one making the money. Some stuff becomes hardwired in your brain, even if you know it’s not absolutely correct. This was one of those things.

I incorrectly and foolishly assumed that when Dr Marry and I got married, my money would be (mostly and sort of jokingly) mine and his would be ours because that was what I had seen growing up. And it was…kind of. We created a joint bank account, but I kept a personal one, too. I had read a Suze Orman book that said women should never relinquish a personal checking account because if you got divorced, you had no personal credit.

When we got married, Dr Marry was making far more than I was, and his paycheck went into our joint account. But just because I could see the income and expense didn’t mean I could account for the incredible number of ATM withdrawals he took every week. And to my profound frustration, he couldn’t (or wouldn’t) tell me specifically where the $40 here, the $60 there was going. His standard answer was, “I buy sandwiches for lunch at school.” Either he was eating sushi-grade tunafish sandwiches or he was eating 25 standard ones a day. Either way, I was consistently banging my head against the wall, and inexplicably, we were not getting ahead financially.

And then in early February 2017, after 9 years of fighting over money, Dr Marry’s body provided me with the illusive answer to x. His near-death experience from alcohol addiction suddenly explained not only where the ATM money had been going, but also why all our conversations felt like we were trying to find solid ground by searching independently in a massive, fog-filled bog.

I have repeatedly said that it’s not that Dr Marry was drinking $40,000 of alcohol—he wasn’t. It’s that he wouldn’t be honest about much of anything; and of course, I now realize it’s that he couldn’t. He wasn’t even being honest with himself. One of the many damaging side effects of alcoholism is that it so clouds your judgment and ability to be rational that even simple questions or expectations are impossible to address. And then there’s the secrecy and shame attached to it all as well. None of that makes it possible to be honest about where money is going.

When the dense fog lifted, Dr Marry and I began uncovering all kinds of things we had never even been able to see much less address. And I started to have faith that I might be able to let him in on my secret financial game plan to beat the bank.

We plotted our payoff plan just like my dad gathering the boys on his high school basketball teams together for a time out, his white board with the outline of the court and his black erasable marker at the ready to draw xs and os and passing shots leading to the clear path to a bucket.

I went back this morning to see when we started to really aggressively pay down the principle of our loan. I was astonished to note, besides the extra $100/month we had been paying for years, it wasn’t until June of 2019 that we made any additional payment, and then it was only $500. In September of 2019, we upped the $100 to $400/month. It was only between May 2020, and yesterday, October, 30, 2020, that we paid a substantial amount toward our principle.

Yesterday, I wrote the final check to US Bank. I took a moment to consider that 33-year old leaving income-based housing to jump into homeownership, ready or not (more not than she knew). I thought about the 35-year old who was certain marriage would help solve her shaky financial footing. I saw the 41-year old who had to shamefully ask her 18-year old son to lend her money to cover some basic living expenses. I reflected on the 44-year old who sat by her husband in his medically-induced coma, utterly terrified that things wouldn’t turn around. And I looked at my 47-year old self—the one who figured all of this out. The one who swallowed her fears and shame over the years, who took the leap of marriage, who asked for (and got) more money in her job, multiple times, who had the fights over and over again and who never let go of her attempts to solve the equation…until she did.

And I’ll say what I so often say—I wish I could show that scared 23-year old new mom that she was going to be not only fine but so much more than that. That she was going to find ways out of the hopelessness and despair that would often be her companion because her tenacity and grit were true gifts, and that, ultimately, she wouldn’t have to do it alone. One day, she would have a real partner who was as invested in their life as she was, and together they were going to play defense and offense and win the game. Two Voices of Hope: Up and Down (5c podcast) Two Voices of Hope: Counting Our Blessings, an Epilogue (9a)

Two Voices of Hope: Three Years, and I’m Still Counting My Blessings (7a)