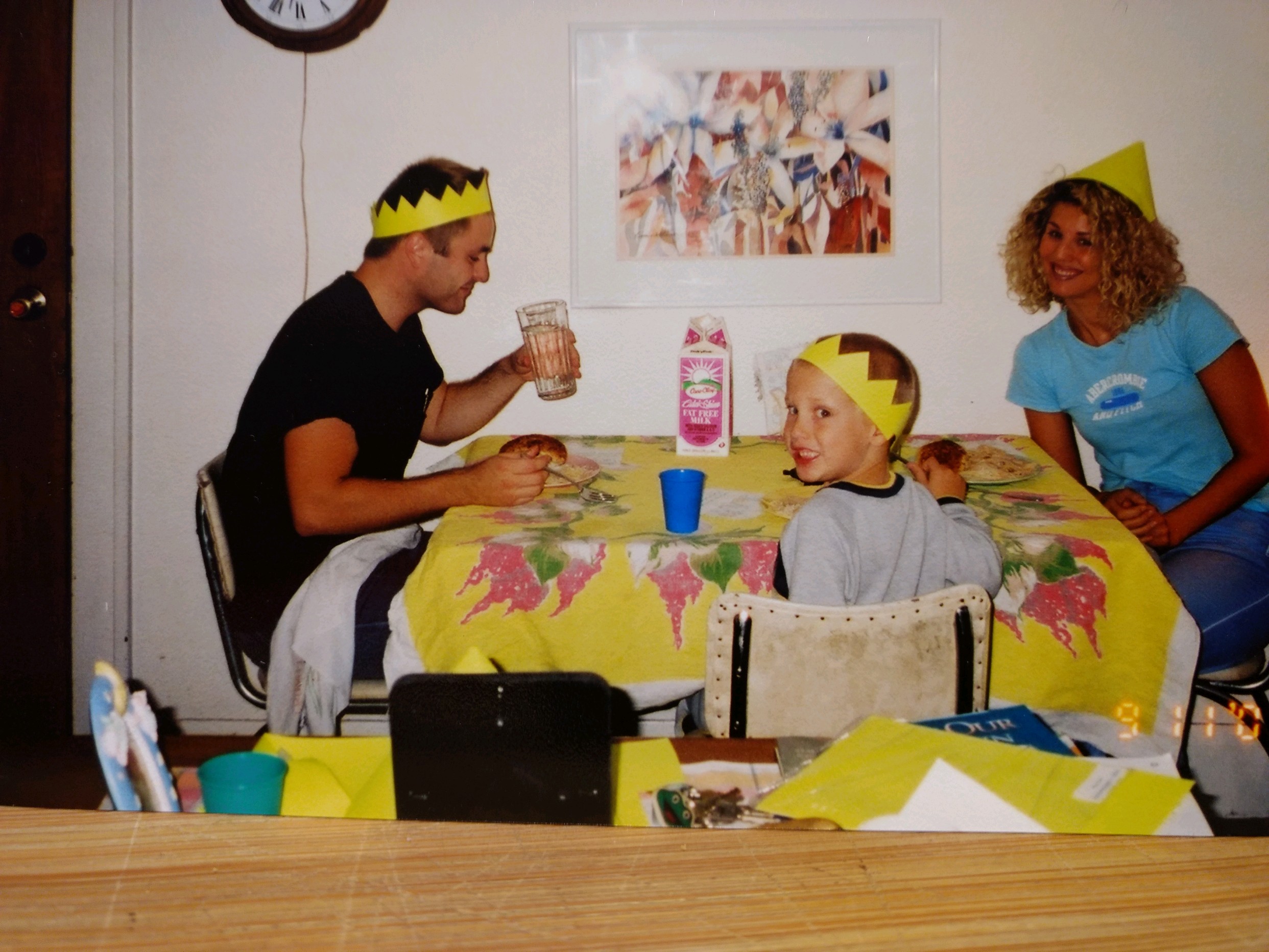 I’m up early, thinking about this day, 19 years ago, at 5:31am central time. Much of America was still asleep, except for those who had early morning flights or the first meeting of the day at the office or were up to have those few minutes of alone time they would have throughout their busy day ahead.

Who were the people in those buildings going on a job interview that morning? Who was on a plane to go home to their loved ones? Who was in New York City for the first time and enjoying being a sightseer on the top of those immense towers? Who left unborn children they didn’t even know about yet? Who was the primary care taker of children, a special needs sibling or parents? Who left behind dogs, cats, birds and reptiles? Who volunteered for nonprofits that benefitted their neighborhoods and communities? Who had an engagement ring in their pocket? Who was going to break up with their “person” that night at drinks after work? Who had a wedding dress fitting that afternoon? Who was getting promoted that day? Who had bravely gone to their first AA meeting before work and was feeling the tiniest bit of hope?

I know we have a list of the people who died, and I know we’ve done an admirable job of working to keep the collective memory of those 2,997 people alive. Although this morning, I can’t tell you the name of a single person who died 19 years ago, except for flight 93 passenger Todd Beamer who is memorialized in the book his wife wrote about him, Let’s Roll. I can’t recall a single image of one, individual person. I can see images of people falling out of windows, of firemen and policemen running in. I have read incredible reports of the bravery of regular office workers who saved dozens of people by staying calm, by stepping in and leading them to safety. But I don’t know those people, and I never will.

What I know about that morning is just shared memory, along with most of the rest of the country and even world. I remember Don Dahler’s voice urgently building, “Oh my God. Oh my God. Oh My God!” as that second plane hit the tower, live on Good Morning America. I remember seeing a dark haired woman being interviewed the next day, standing in the ash of rubble, crying because she hadn’t been able to contact her fiancé. She had that blind optimism that belies the nagging truth; she had to have known he was long gone and perhaps never even recoverable.

I know my day felt like I was moving through Jello. Sounds were muffled, the sunshine felt distant, despite the beauty of the day. My Freshman English students had all kinds of questions I didn’t really have answers to. I knew nothing about Al Qaeda or Osama bin Laden or what we had done or not done in Afghanistan. From my safe and naive vantage point, those attacks came out of nowhere, unprompted by any actions on our government’s part.

I remember feeling like I wanted to watch endless television—”journalism” was doing what it often does in the modern era: it was inviting regular people to come on and tearfully talk about their missing loved ones, to share their last phone messages, to explain how they knew their person wasn’t gone, s/he just hadn’t been able to get in touch yet. And I was sucked right in.

But I had a 5-year old to consider, and the constant replay of the planes and the collapse and the scattering of people on the street was upsetting. So I regretfully shut it off, and tried to focus on other things.

I had dinner plans I couldn’t cancel, so my friends Peter and Tamara came to take care of Quinn. I came home and they were all three wearing yellow paper crowns Quinn had made. The only detail I remember of their meal is that Peter had cooked, and it was super salty.

We were all kind of lolling around my apartment when it dawned on me that the world had turned upside down. I was (metaphorically) alone in the world with this fabulous little boy, and the world no longer felt secure.

Peter had introduced me to a man who lived in his apartment building a few weeks earlier, on a steamy August night. And by introduced, I mean, Peter called me from the bar down the street from my apartment late one night and said, “Del Val, you should come to Duffy’s. I have someone for you to meet.”

Needless to say, I didn’t go to Duffy’s—one of us needed to remember that there was a 5-year old in bed, after all, and I didn’t go to bars. But he put this man on the phone. What I got was a kind of slurry, “Hello?”

We talked for awhile, this man, whose name I heard as Matt, and I. He was relatively drunk but so, so pleasant…and that accent! My biggest concern was, interestingly, not the drinking. I could excuse that because his family were over from England, and it was their last night and you know how the Irish can drink (somehow that was a comforting, legitimate excuse. Hindsight!). No, my biggest concern was his swearing. I’d never heard those few words used so effortlessly in so many parts of speech in my life.

I was drawn to that accent like a moth to the flame, but I wasn’t going to pursue anything further until I said I needed to go, and he said, “Alright Lass. We’ll speak to you soon.”

I had been thinking about Matt ever since.

That evening, with what felt like the whole world crashing down around our feet (ever the American!), with buildings that had literally crumbled as people dove, burned and suffocated to their deaths, I thought to myself, “It’s time to meet Matt.”

I said, “Matt. Your friend, Matt, who lives in your building? The one I talked to on the phone from Duffy’s three weeks ago?”

He paused and then said, “Ohhhhhh, you mean Mazz?”

Whatever. Back to the crashing and the alone. “Fine. Mazz. Matt. Whatever. Let’s call him.”

Long story short, Mazz came over. He stepped over about $600 of LEGO, Quinn immediately made him a yellow paper crown (I have no picture of him in his because that felt a little too prematurely permanent to decide that this man I had met 14 minutes earlier was worthy of one of the 24 photos in my camera roll. Of course, I’m sad about that now. Hindsight!), which he gamely wore until I put Quinn to bed.

We sat up most of the night, throwing a NERF football back and forth and talking about travel (He was literally back from a conference in France earlier that day), education, growing up and who knows what else?

I have no memory of too much swearing; there was no drinking. He was tired but so, so interesting. So European.

These two massive experiences, one I share with millions of people and memorialize together annually, and one I share with just one other person, shape this day every year for me. As with so much in life, the blessings and the challenges come almost in pairs. The scales of balance are continuously tipping, first this way and then that.

My September 11th is just like your September 11th, except my entire life changed over LEGO, a paper crown, a football and one man, whom I didn’t know was broken, like I was but so, so differently. It was too early for us to recognize, but we began to build a life together that very night—one that has had immense blessings and challenges, and the scales of balance continue to tip. Some things I am grateful for 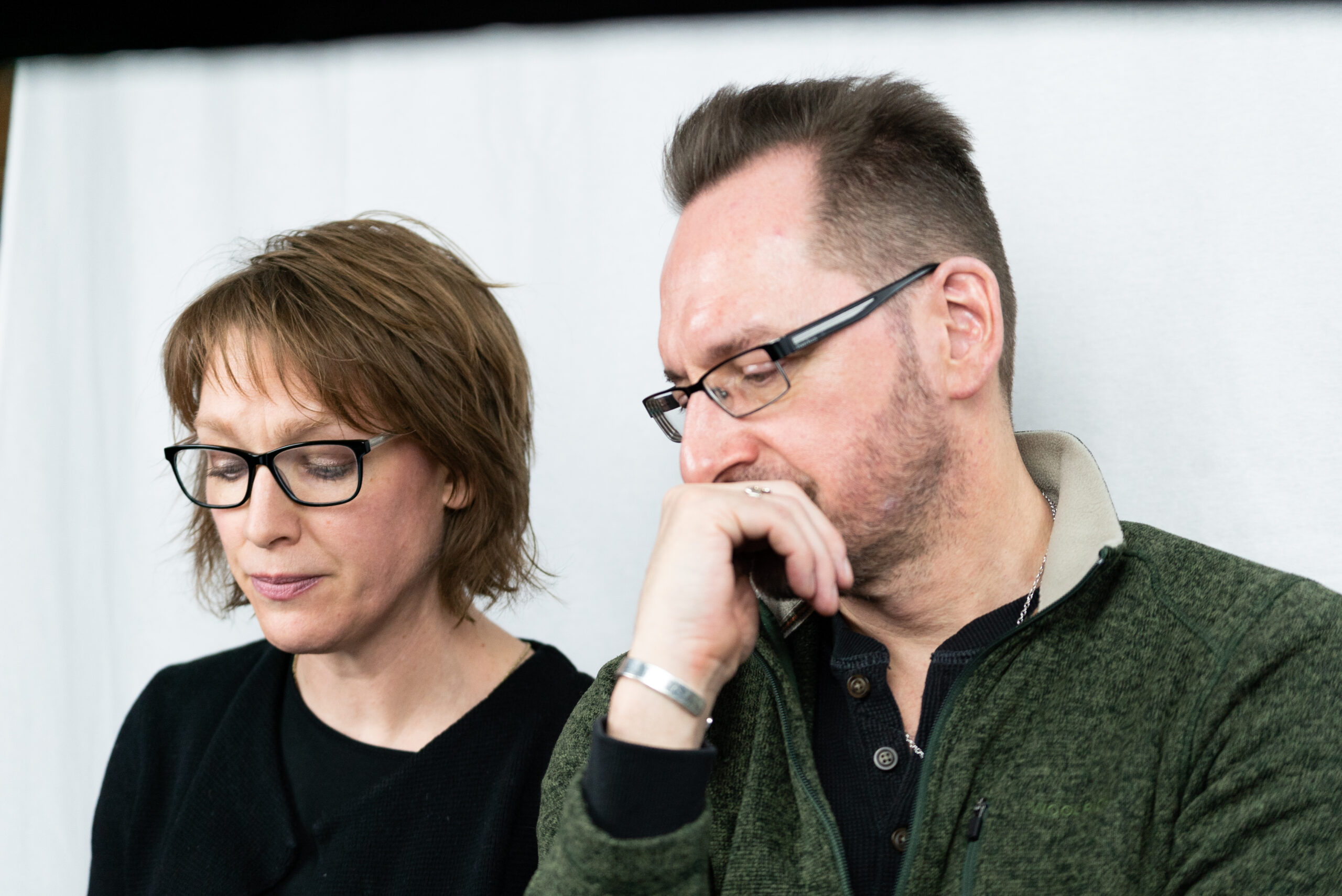 Two Voices of Hope: So, What Happened? (4b video)