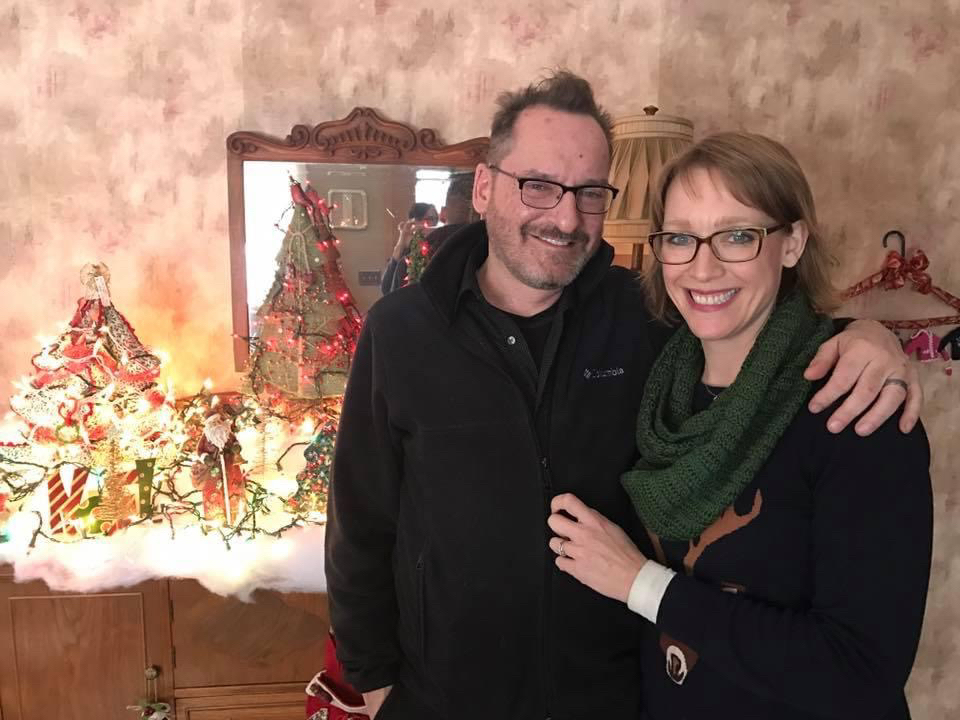 I was scrolling through my Facebook memories earlier today and came across this photo. Taken December 24, 2016, this is five weeks before Dr Marry’s nosebleed led him down the path to near death and back to life again.

There are so many complex layers to this photo–layers I can only see now with the blessing of hindsight.

Look at Dr Marry’s face and hand on my shoulder. I often say he was like a waterbed in those final years of his active addiction. He was puffy and generally appeared to have too much fluid jostling around inside his skin. After Dr Marry got sober, we had to get him a new wedding ring because his original one was at least 2 sizes too big.

But look again at Dr Marry’s hand on my shoulder. I love the way his arm is casually thrown over my shoulder while his fingers are grasped around my arm—he’s holding onto me.

I have often wondered, in these nearly four years since he got sober, why I stayed in this incredibly challenging marriage, and I think this picture helps explain it. Look at the way I am leaning in, holding onto him. I needed him, too. I believed in the Mazz Marry I had met sixteen years earlier, even though I hadn’t seen that man for a very long time.

But look more deeply, and you can also see the abject fear in my eyes. Fear that others would discover that my marriage was damaged, almost beyond repair. Fear that Dr Marry would move into the slurry, inarticulate phase that sometimes came over him, seemingly out of nowhere. Fear that he would pass out on a couch at my mom’s house, a place that was already fraught with stress over the difficult relationship they had.

This picture, for all intents and purposes, appears to be of a happy couple, which was not entirely a lie. There were periods of our lives, even at the lowest points, where we were happy. But the happy was always a bandaid over the troublingly deep wound that was bleeding out, well beyond what the bandaid could manage to absorb. Again, with hindsight, it’s easy to see that it was only a matter of time before something gave way and forced our hand to address the wound and truly stitch it up.

I’m looking at this photo today, awash in the knowledge of all that is to come for this couple, just a few short weeks from now. The overwhelming fear and anger. The slow path to forgiveness and finding our way back to a trusting relationship filled with love and honesty.

Joseph and Mary likely had to let go of fear and anger, too. They must have had to find their way to forgiveness, love and honesty. Whatever you believe about the Biblical Christmas story, there is a lesson to take from the way those two people confronted their realities versus whatever they might have been dreaming of.

I don’t know a couple whose life goes exactly to plan. Each of us faces bumps and u-turns that we likely would never say yes to on the front end. I don’t have advice for anyone else living in an unhappy situation with someone you still love. I know what worked for us, and I know that sharing it has helped us continue to heal and seems to be helping others who are struggling, too.

This Christmas, I hope you look at the photos of your imperfect life and assess the connections and the disconnections for what they are; stack them up side by side and see where things land. And in 2021, I hope you are given some kind of disruption to guide you to make the decisions you need to make to live your very best, most joy-filled life. The goodness of people 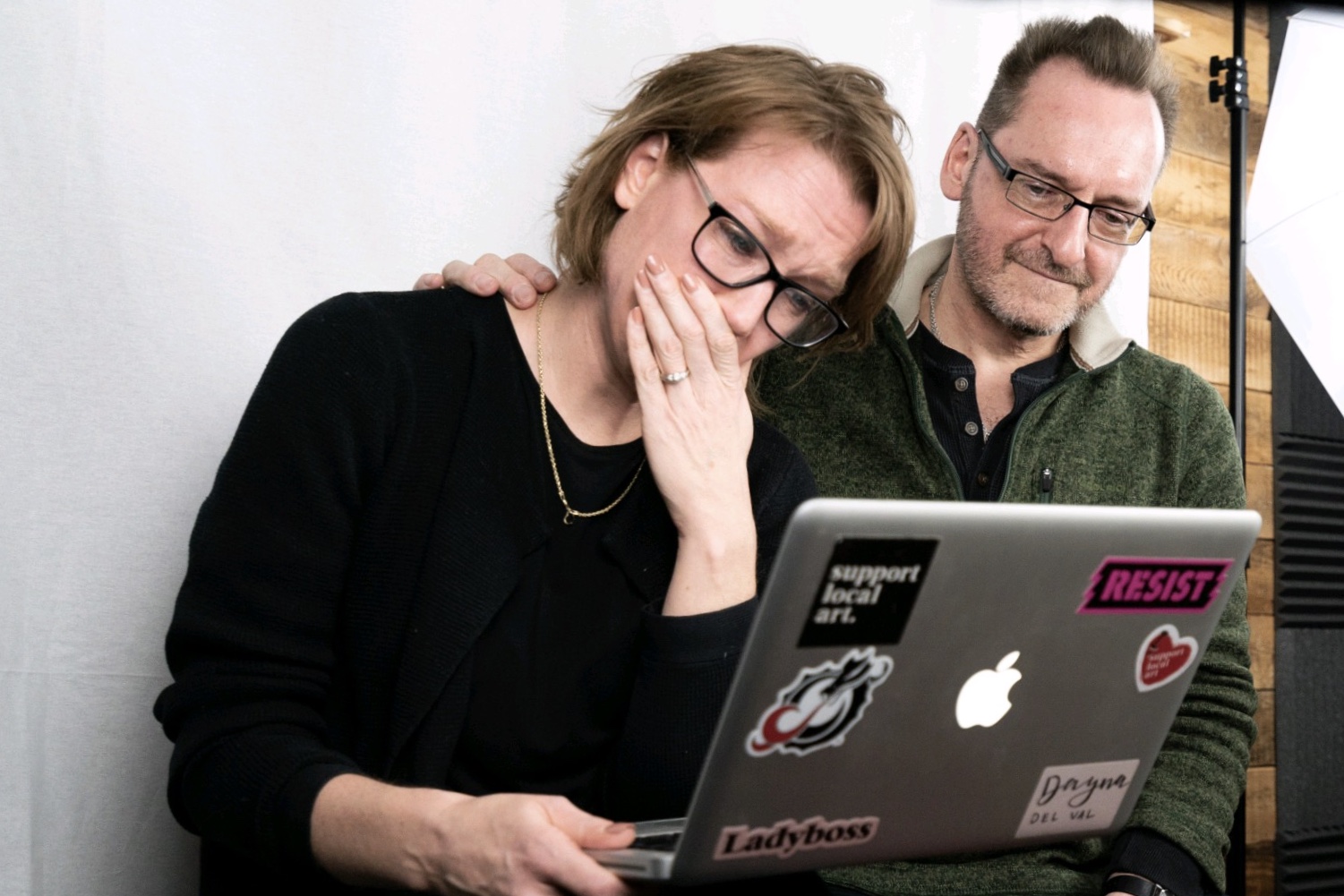