I’m re-listening to Joan Garry’s podcast “You’re Doing Meetings All Wrong” with Priya Parker today after having re-read Parker’s book, The Art of Gathering this weekend. And Joan just said something that really stuck with me. She said that her wife used to run the Food Network and once said to her, “You know that the best meal you’ve ever had had really nothing to do with the food. Food is a centerpiece for something else.”

So this has me thinking about the best meal I’ve ever had. Maybe it’s the Thanksgiving I was 18 that I spent in Brooklyn with my dear friend Michael and about 15 of his close friends. We ate and drank glorious food and wine, and because so many of them were professional actors and singers, we were gifted with a private concert in Michael’s living room. But what made that meal so memorable was that it was my first grownup trip, and even though I was decades younger than most of the guests, they treated me as an equal and made me feel part of their fabulously artistic circle.

Or maybe it was the Thanksgiving right before my grandma died when Dr. Marry and I attempted her traditional meal and carted it over to her nursing home. It was a far, far cry from any Thanksgiving meal Grandma had ever produced, but somewhere in the middle, she said, “This tastes like home.”

But if I had to pinpoint one single meal that lives and lingers beautifully in my mind, it would have to be a private dinner that Dr. Marry and I had at Oxford in England.

Some context: For years, Dr. Marry had talked about his great friend Liam whom he met doing his Phd in the north of England. I’d often thought it would be fun to meet him, since I didn’t really know many of Dr. Marry’s friends from his life before coming to America, but I didn’t give it much thought beyond that.

In the summer of 2017, Dr. Marry gave a presentation at a conference in Hawaii, and I went along. It turned out that Liam was one of the organizers of the conference.

Something most people don’t know about Dr. Marry is that for all his considerable brilliance, his street smarts and his problem solving capabilities, he can be quite insecure. After all these years of talking about Liam, when I finally spotted him at a pre-conference social, Dr. Marry was reluctant to approach him, fearing that he wouldn’t remember him.

One of the great joys of my life was seeing what transpired once I finally goaded Dr. Marry to go across the mass of scientists to Liam. I watched him hesitatingly tap Liam on the shoulder; Liam turned around and after a split second, pure joy spread across his face, and he gathered Dr. Marry up in a great big, exuberant hug.

That reignited their friendship (and also gave Dr. Marry a much needed boost that he hadn’t misremembered how important they had been to each other), and pretty soon I was brought into the mix. It took me about six second to love this super tall, plant scientist Irishman, too.

Liam now teaches at Oxford, specifically Magdalen College. While we were together in Hawaii, he invited us to come visit the next time we were in England. We ended up going to England that September, and we contacted Liam who, true to his word, extended the invitation for us to go to Oxford.

So, it would be stupid to pretend that just being in Oxford wasn’t special, and even more preposterous to underplay the magic of being a guest of a high ranking professor there. We stayed in a 15th century cloister apartment now fitted up for guests. We ate breakfast every morning where scenes from Harry Potter were filmed. We visited spaces no one outside of Oxford faculty have access to.

But the pièce de résistance was the private dinner Liam arranged for us in a small, private faculty dining room. Imagine any grand English manor library or dining room from any historical novel you have ever read, and that is where we were. Dark wood paneling lined the walls; priceless artworks hung on them. Leaded windows looked out onto a perfectly manicured lawn of the college. Silver candelabras with new tapered ivory candles lit the table and reflected off the silver and cut glass decorating the table. We had a butler for heaven’s sakes.

I would be lying if I told you it was the best food I have ever had; it certainly wasn’t. And it certainly didn’t matter. Because the conversation was electric. The three of us covered politics, religion, Liam’s childhood in Ireland, Dr. Marry’s in England and mine in America, their time together in Norwich, our families, science, business, the recent loss of Liam’s longtime love, a nonprofit he was starting with her adult son and more. We talked until those elegant ivory candles burnt down to the base of the candlesticks and sputtered out.

Those hours sitting in that hallowed space, surrounded by history and significance at every turn were incredible, but actually, the location and the priceless accoutrements had almost nothing to do with why this meal remains the best meal of my life. The purposeful intimacy of the three of us connecting over shared thoughts and challenges would have been as powerful sitting in a fast food restaurant, or in our kitchen or at a picnic table in a park.

Parker continues in the podcast, “We have over indexed on the things of gathering and assumed that the chemistry and the magic will take care of itself.”

We have since shared more meals with Liam, none as fancy, but all as fabulous. The chemistry and magic we have together transcends any element of dining. It’s the intangible qualities: the personal connections and the intentional investment of time and being present we share that make moments so powerful. It’s facets of those elements that I try to create in all my interactions with others. Because at the end of the day, it’s the sharing and connecting to our humanity that matters. And that can happen anywhere in any circumstance as long as the intention is there.

So what’s the best meal you’ve ever had? 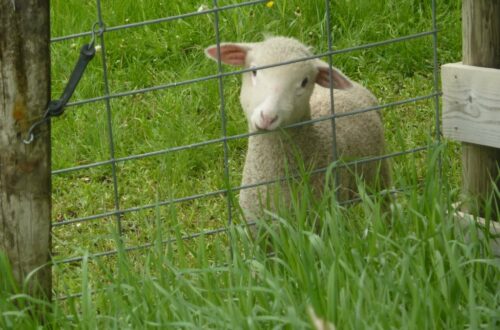 The ouch zone of spring Reflecting on my past and sharing some important advice