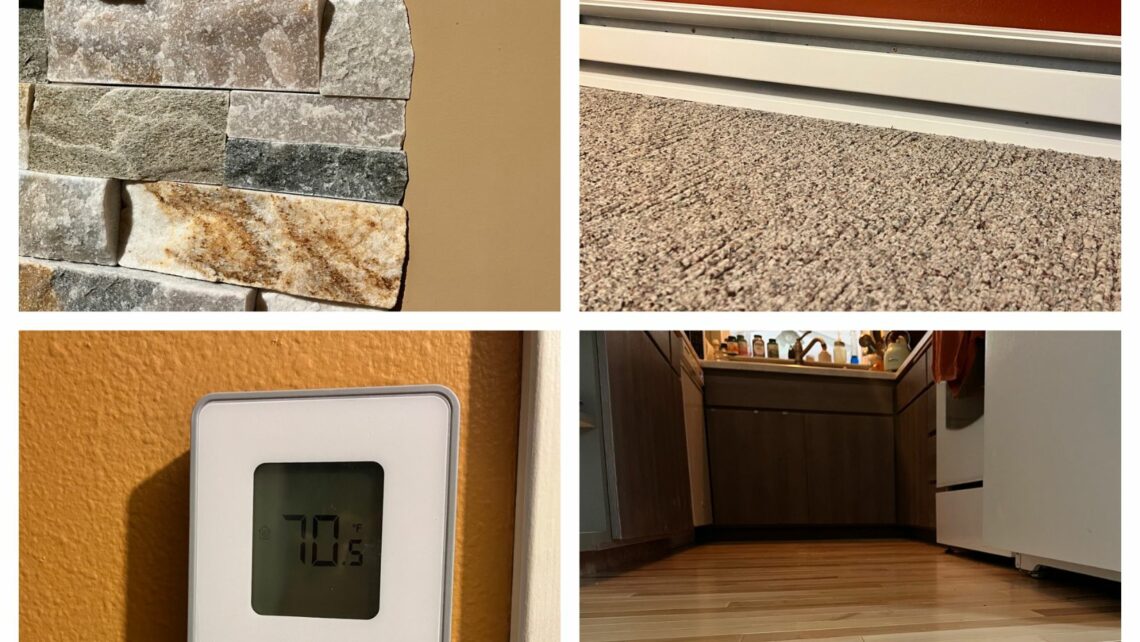 You may recall that we refinished all our hardwood floors over Memorial Day weekend and the week afterwards. That feels like eons ago now that we’re nearing the end of summer. That was an important project for us to accomplish because it moved us from talking about doing something with the floors to actually doing it. And I still marvel at how fantastic the newly polished floors look. It was hard work, but it was absolutely worth it.

Just a few short weeks later, our contractors Jack and Jake called to say they were ready to come and work on two projects we’d been waiting for nearly a year to get started.

Now that I primarily work from home, it’s become even more problematic that there are no heat vents in our basement, or as I like to call it: my winter office. For all the years I was a freelancer, I sat downstairs at a great big desk I inherited with the house and froze. The little heater I kept on the side of the desk nearly melted the right side of my face off while the rest of me shivered from the cold.

Not only is there no heat downstairs beyond our fireplace, but that portion of it had never been framed and insulated either. It was just the bare poured concrete. While we had decorated it, and it’s filled with light from a gigantic egress window we put in 14 years ago, it was chilly down there all year long.

Jack and Jake framed out and insulated the two long exterior walls. They added two electric baseboard heaters, a new window and seven new outlets. I can’t believe I’m saying this but between imagining being warm while I work and getting back onto the cross country ski paths, I’m not totally dreading the arrival of winter this year.

That was a three-week project, and it looks incredible. It was a lot of hard work (for them), but it’s amazing what a temperature difference I can already feel from it. We upgraded to a smaller desk (downgraded?), got rid of a lot of things we no longer needed or wanted and changed up the art. My office space now looks as warm and inviting as it feels.

Then they moved into the other side of the basement to work on their project number 2: refacing the fireplace.

When I bought the house in 2006, I jokingly said we inherited a fireplace from LA Law. It had such a weird, ugly 80s feel to it. Dark squares of black tile were situated with some kind of fake dark gray brick and weirdly textured wall, and a small wooden mantle hovered above, nearly lost in it all. It’s on an angle, and the squares butted up against the edges, leaving an abrupt stop between the tiles and the wall. It was pretty clearly a rush job to add a fireplace to the house listing. It was so unattractive that I barely have any photos of it.

Deconstructing the fireplace proved easy. After all, various tiles had fallen off over the years and Dr Marry had painstakingly glued them back on to hide the cracks. What was inside was rather more alarming. Jack pulled Dr Marry aside and said, “You don’t use this fireplace much, do you?”

“Well, there’s no fire retardant material between the flue and the walls. We’ll have to add that.”

Basically, we’ve been burning the equivalent to a charcoal grill inside our home for all these years. 😳

The time and attention that went into installing the stacked stone was incredible. Rather than sticking out against the angled edge, the stone now snugly fits into those corners. That mantle piece, which before had felt like such an afterthought, suddenly has an elegant beauty to it.

That was a two and a half-week project. It was an incredible feat of geometry to cut the angles, but the finished project is stunning…and safe.

Those four and a half weeks should have been the entirety of the work they did, but during that time, we had another installer in to lay down hardwood in our kitchen. Long story short, he pulled up two of the worn out DuraCeramic tiles we had had installed in 2008, claimed there could be asbestos underneath and said to call him after we’d had professional removers deal with it.

We were left with not just the additional ugliness of the missing squares but exposed staples, at least one more layer of linoleum as well as the possibility of asbestos. All of that was living underneath what was aesthetically not good.

Jack and Jake pushed off their next contract and stayed for two and a half more weeks to install the kitchen floor. It was incredibly tedious, labor-intensive work: picking the best pieces of lumber to fit perfectly together, avoiding the ones with serious flaws, hand hammering the stick-thin pieces into the tiniest of spaces to finish the edges. It was terrible work, but the end result is more glorious than I could have imagined. Thank goodness the first guy decided the project was not for him because his time estimation for completion was one day. You can imagine what the finished product would have looked like with that rush job.

And just in case you think we’ve been taken advantage of by these two, remember that I work from home, so I saw the daily labor, pace and attention to detail. This project couldn’t have gotten completed one single minute sooner.

Over the course of the summer, we’ve nearly transformed the entirety of our house. The external changes are dramatic, useful and truly beautiful. The unseen work: ensuring we don’t burn the house down, for example, is equally important but will never get the true recognition it deserves because what we didn’t know and couldn’t see wasn’t there before is still true of what is there now.

You know the problem with house projects is that they are never as straight forward as you think they’re going to be, and one project almost always leads to another. That can be true of our own personal construction and deconstruction, too.

These projects have taken nearly four months to complete; I wouldn’t have been excited to know that we were going to be under construction and chaos all summer long back in May. But now that we’ve reached the end, I can say that the work has been well worth it.

It can be scary to take the first swing of a sledgehammer, to take down the first tile, to remove the first row, but it’s all necessary to create change. Sometimes you discover the problem is much, much deeper than you knew, but at least you know what you’re actually dealing with.

Have you done any work on you this summer? Any upgrades? Improvements? What cosmetic changes have you applied? Perhaps most importantly, what have you discovered when you’ve gone in “under the hood” so to speak?

How’s that working out?

Often we start to unpack one element, one experience, one emotion, and we quickly discover a deluge of other problems dammed up behind it.

So we ignore it all because to get started is too potentially scary.

But ignoring it doesn’t make it go away; in fact, it typically only deepens and worsens it: A little water drip over time creates a wall full of mold. An insignificant comment, thoughtlessly said by someone else, takes on enormous personal significance and grows in proportions that are way beyond the original intent.

Do the work you need to to get going: take the first swing, remove the first tile; explore why the comment hurt so much, excavate the damage done by the failed relationship. Whatever the “project” is, you’ll be better for facing it head on and digging in. It might take longer than you’d like, but you’ll be grateful you did it.

It’s hard work, but I promise…it’s absolutely worth it. 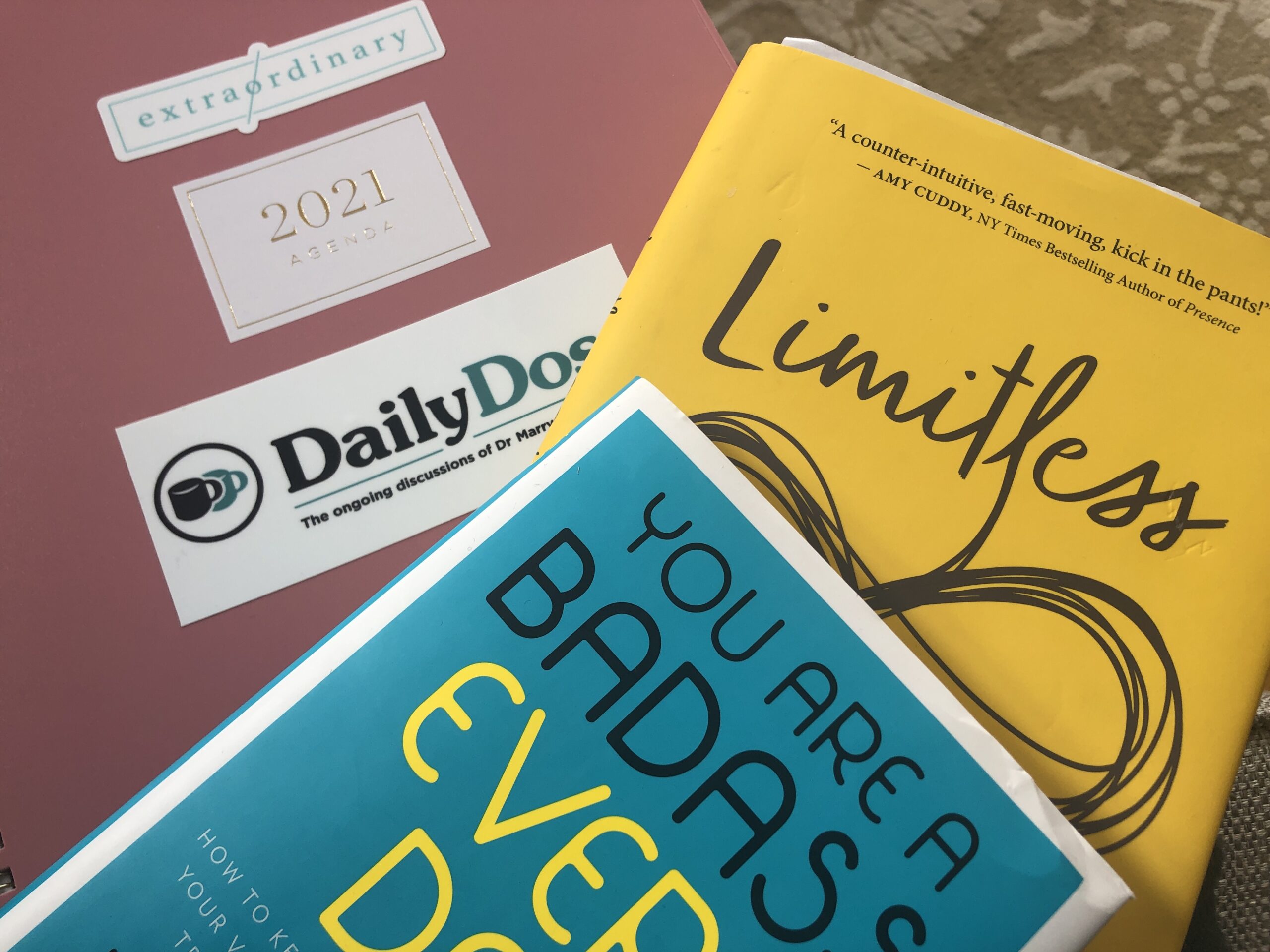 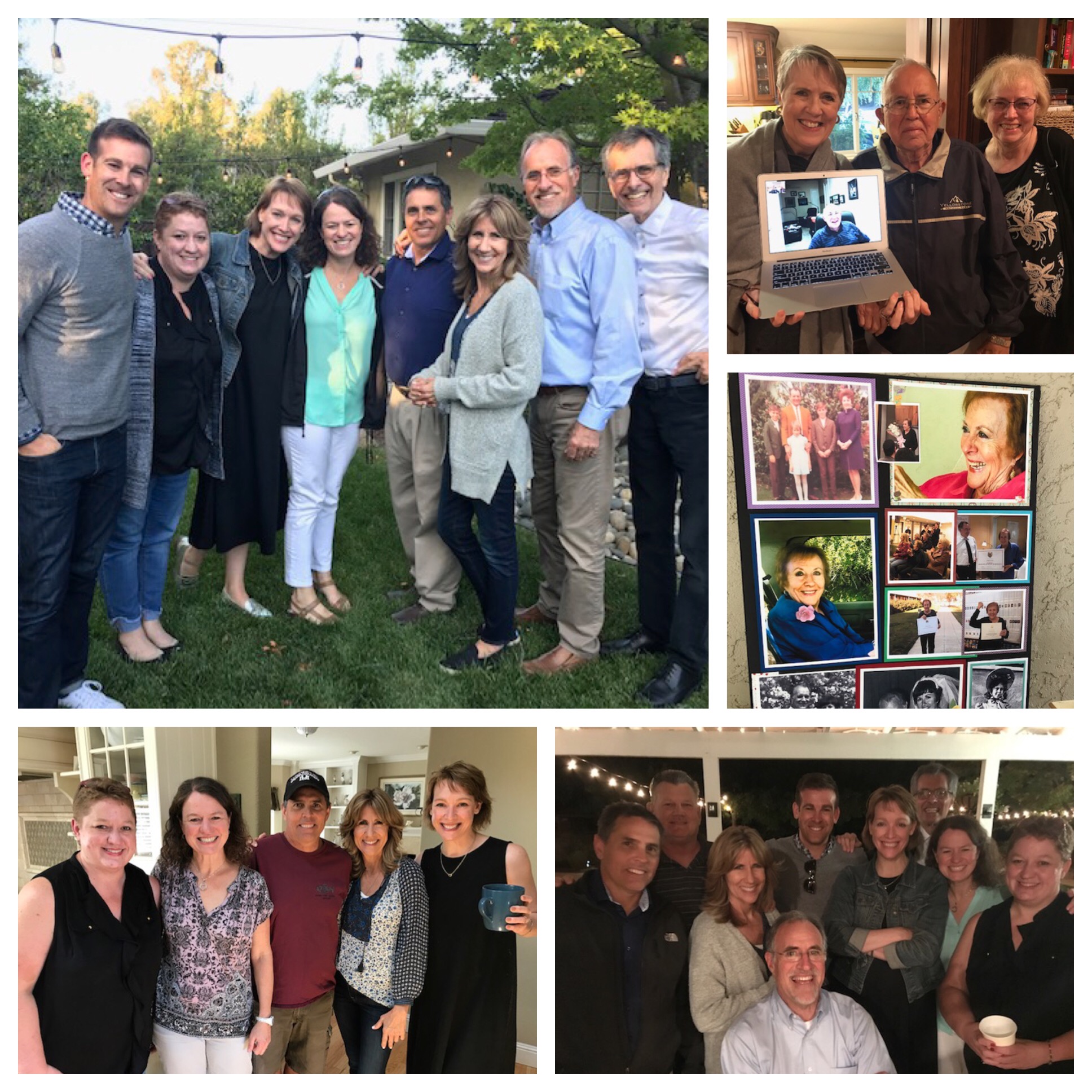 Putting my money on family