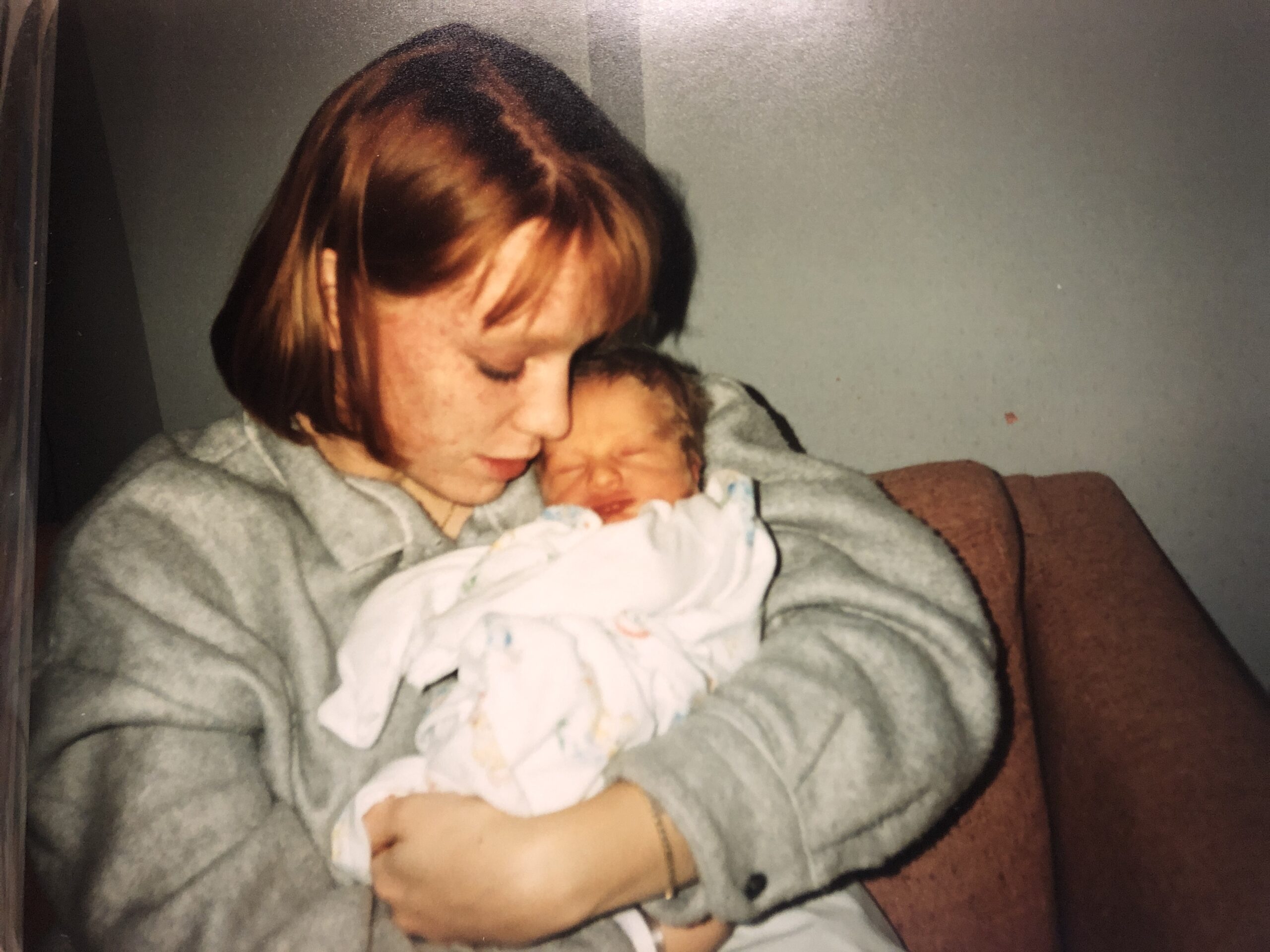 Twenty-five years ago today, my beloved boy was born. Four and a half weeks early, and with absolutely no reason to arrive before his Valentine’s Day due date, my world turned upside down, and I became mom to this most glorious of humans.

I had been so afraid to make a decision about what to do with this unplanned pregnancy. I had vetoed abortion for my own reasons, so that left adoption, which I sought out in both southern Utah where I lived for the first 5 months of my pregnancy and in Fargo. In fact, I had a lunch date on Saturday, January 13, 1996, with a young woman I vaguely knew who had given a baby up for adoption a couple of years earlier. That lunch date never happened because by noon, I was moving towards the end of my labor.

Labor over a child for whom I didn’t have a plan.

I had no name for this little person because to name this baby growing inside me was to claim it for myself, and I wasn’t prepared to do that. But around 5am, I asked my mom if she liked the name Quinn.

She pondered for a minute and said, “Yes. I do like that name.”

I never got that moment where someone lays the gloopy baby on your chest because of his early arrival. The nurses took the baby away to make sure he was healthy and ok. When they brought him back to me about 30 minutes later, I was still pretty hopped up on the drugs they had given me to speed up my contractions and then to manage the pain of that intense speeding up.

One of the nurses asked me what I was going to name this baby.

And I drew a complete blank.

I looked around for help, but there was no one who knew what I had been thinking. My mom was calling my dad, and my best friend Nicole, who had been with me for hours, was in a sort of stunned stupor somewhere in the hallway. And I simply couldn’t remember through the hazy fog of pain medication. So his bassinet card looked like this because it wasn’t until a few minutes later that it came to me in a flash of clarity, and I shouted out, “Quinn. His name is Quinn.”

When they did bring him back to me, all cleaned up with his full head of hair swept over in the sweetest of comb overs, I held this tiny baby and said to my mom, “So, I guess he’s coming home with me, huh?”

One of the best things that happened during my entire pregnancy was that the people who mattered in my life never expressed their opinion of what I ought to do. They listened to me, they let me cry and moan and wail about this, that and the other. And they kept their mouths shut.

Even in that moment, holding this tiniest, most perfect of little persons, my mom didn’t say yes or no. It wasn’t that all these people didn’t have opinions, but every single one of them knew I was going to have to do this largely by myself; that answer had to come only from me.

I looked down on little Quinn John, and I decided to be his mom.

And that was the single best decision I have ever or will ever make.

Today, that downy-headed preemie is a 25-year old man. And we navigated the arduous journey of growing up, both of us in so many ways, together. On the day of his birth, Quinn already had showed a kind of steadiness that was nothing he inherited from me. He has never wavered in that calm, logical, rational self. I depended on him, more than was likely fair, to be the steady one in our relationship.

I said to him once, when he was 11 or 12, “Quinn, I appreciate how level and even keeled you always are.”

And without missing a beat, he said, “Well, there really wasn’t room for us both to be dramatic.”

To wrap this up, I want to share 25 things I adore about my boy:

Happy birthday, Quinn John. You have been and continue to be the delight of my life. I can’t believe how this time has flown by, and I can’t wait to see where you go in the next 25 years!

*I never show photos of me from the days around Quinn’s birth because I broke every blood vessel in my face delivering him and look so beaten up, but look at that sweet little chickadee of a baby! Focus on him. ❤️ 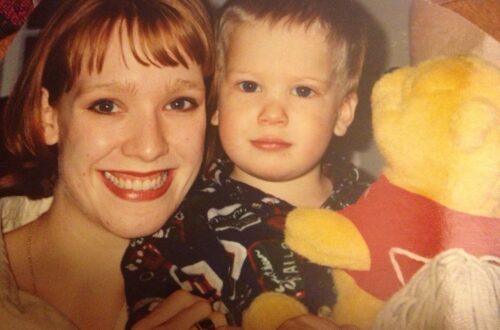 The wisdom in his eyes 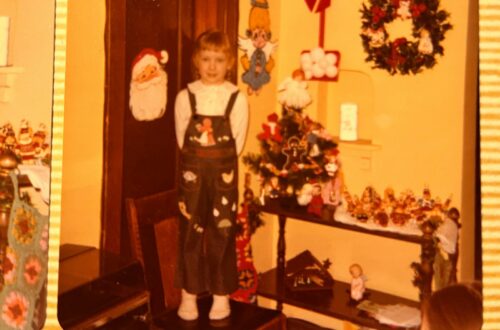 Christmas memories from the “days of yore”