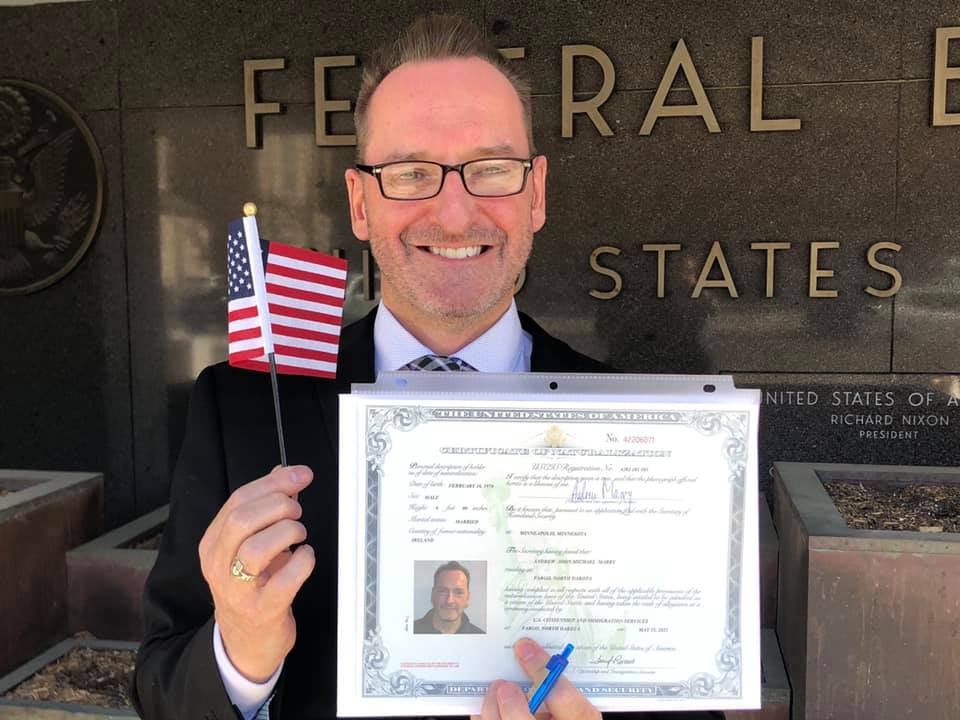 One of my favorite seemingly inconsequential things about Dr Marry is that he’s not American. I’ve always been drawn to dating men who aren’t from the United States. I suppose initially it helped me feel not so small town and provincial when I briefly dated both the Spanish and Italian exchange students my senior year and the Russian rock star who spent a couple of summers doing theatre at a performing arts school with me while I was in high school.

By the time I met Dr Marry, I was 10 years out of high school, but I wasn’t any better traveled. In addition to that, I was now a single mom living in income-based housing. My prospects for dating anyone much less someone from outside the US felt slim to virtually impossible.

But I met Dr Marry, first over the phone and then in person. I was pretty smitten right out of the gate. It’s tough to not get taken in by that accent, but I wasn’t so easily swayed that I didn’t also notice the incredible education, the amazing amount of travel he had done, the way he looked at the world from a very different perspective than I did simply by nature of where he grew up.

All that’s not to say that sometimes the differences between two people speaking the (relatively) same language and having lived very similar cultural childhoods didn’t encounter challenges to our perspectives. Ask Dr Marry if Catholics need to go to church, for example. When I was a church going person, his simple answer of “No.” made me nearly lose my mind. The number of stupid fights we had over that embarrass me today because believe me, he was not the one diving into the fray on that. For him, it was an open and shut story; it was much more complicated for me. I grew up in a household where church was not optional. Quinn and I were ardent church goers. I couldn’t understand how you could say you believed in something but you didn’t need to invest in it, learn more about it, be part of a community.

And perhaps you don’t know this about me, but this is the kind of thing where I pretty much am right, so I’ll run over you like a fast moving body of water until the jagged rock that is your idea gets smoothed out, aka, agrees with me.

To my utter frustration, and also deeply buried and begrudging respect, Dr Marry never wavered on this. And I do mean never. He conceded to get married in my church’s small chapel because he knew my minister and liked him. He occasionally came to church with us (three or four times, I think) when I performed in an Easter Cantada or there was a special Advent service. But get up and go to church on a random Sunday? That would be a hard pass.

And for all his affability, of which he is brimming, it didn’t matter what I did, how I screamed, cried and pleaded: Dr Marry would not be joining me in church, nor would he be attending any of the Catholic churches in town either.

The funny thing about this is that, eventually, all my insistence ended up wearing me down. Dr Marry’s not the reason I stopped going to church, but over the years, as I considered his point of view, it began to make more sense to me. And then when organized religion, as a whole, sided with conservatives on a number of social issues that I am in complete opposition to, I realized that it was no longer a place I had any interest in. And I haven’t looked back.

Upon reflection, I have tremendous admiration, despite how much I hated it in the moment, for how Dr Marry pleasantly dug his feet in and held on to his own belief system where organized religion is concerned. He never rose up to meet me in my most out of control rage that I couldn’t make him go to church. He never got mad at me or even seemed frustrated by how often I brought it up, calmly at first and then more and more out of control as I realized he was not going to acquiesce this or that time, either.

I think some of this is just his natural temperament. But some of it is that he grew up in a place that doesn’t place particular value on being seen in church every Sunday. I mean, this is a man who attended Catholic school for his entire elementary, junior and senior high school years, and church was just not really a thing that mattered.

I know for a fact I had a secret (oh dear, what if it wasn’t so secret?) pride in understanding I was just better than kids who didn’t go to church growing up. The phrase WWJD was not a thing when I was young, but it’s pretty easy to look back and say, “What would Jesus do about judging those who don’t go to church? He wouldn’t judge. Period.”

In fact, those most often criticized by Jesus are the churchiest of temple goers.

Coincidence? I very much doubt it.

Church and how he felt about not going is just one of the examples I can give you about Dr Marry’s decidedly non-American view of the world. And while it was making me bonkers, it was also pushing me further outside my own comfort zone, outside my own intellectual questioning of long-held and certainly never-before-examined “beliefs.” And I knew that, like some bitter medicine, the only way to get better was to swallow it down and let it work from the inside out.

When he started talking about becoming an American citizen, years before he got sober, I knew I had nothing to worry about because his follow through with just about everything was just about zero.

But I didn’t count on him getting sober, not that I could have articulated it like that pre-2017. I didn’t realize that if he became present in our day to day lives again, he would actively pursue Americanism, along with so many other things that had fallen to the wayside during the years leading up to his sobriety.

So he started the process. And in so doing, Dr Marry declared he was going to give up his Irish passport.

We went back and forth on that a number of times. And it was like the roles were a bit reversed. I mean, at his absolute worst, Dr Marry never spiraled out of control like I can on a run of the mill Tuesday over something as innocuous as a television commercial, for example, but he was a bit irrational, for him. And I stayed perfectly calm.

Well, let’s not be crazy. I’m never perfectly calm, not even 10 seconds before I’m absolutely asleep for the night, but you get the general gist.

Dr Marry’s rationale was that he’d never really belonged anywhere. Ireland doesn’t see him as Irish because despite his passport, he’s never actually lived there. England doesn’t see him as English (and it would be a cold day in HE🏒🏒 before he would claim that citizenship even if they would have him, which believe me, they wouldn’t!) because he’s got an Irish passport. He wanted to come here and just “be” American.

I hurt his feelings terribly one day when I said, “Become a citizen, but you’ll never BE American anyway.”

What I meant was that he will never have our Manifest Destiny propaganda, I mean spirit; he’ll never tromp through the world with our sense of clueless, boisterous entitlement. He’ll always have a sense of empathy for the underdog because his dad had to sleep on a park bench when he first arrived in England because no one would rent a hotel room to an Irishman. He’ll always be comfortable with multiculturalism because, for all their ongoing struggles with race, England does seem to better embrace it than America does. He’ll never wear shorts or blue jeans. He’ll always use a knife and fork to eat tacos, hamburgers, pizza and even the occasional hotdog. He’ll never even adjust to calling chips french fries, for cryn’ out loud!

In short, he’ll always have his sensibilities, his upbringing, his world view, regardless what passport he carries, and that’s important to me. Because that’s so much of what I love about him.

There are 150,000,000 men in America—and while I don’t think many of them would line up to be with me, there’s a reason I jumped right past that line and headed to the International one so often in my life. I like them. I like the differences, even when they make me crazy.

I do love that we’ll go through customs together now. But I also love that he is a two passport carrier. Now my goal is to find the country where we can go so I can get my second one, too. It’s time to truly live the international life I’ve always dreamed of with my Irishman who grew up in England and became an American husband—you know, the one who pines for the freezing cold saltwater of the Irish Sea, screams out naughty words while watching The Arsenal and the English Premier Football league and thinks John Wayne and the Old West is the best thing since sliced bread, but please only toast it on one side, thank you very much. That husband. My favorite one. 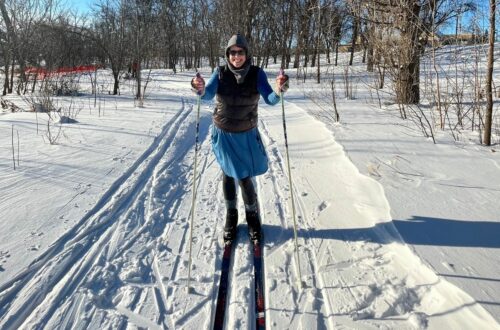