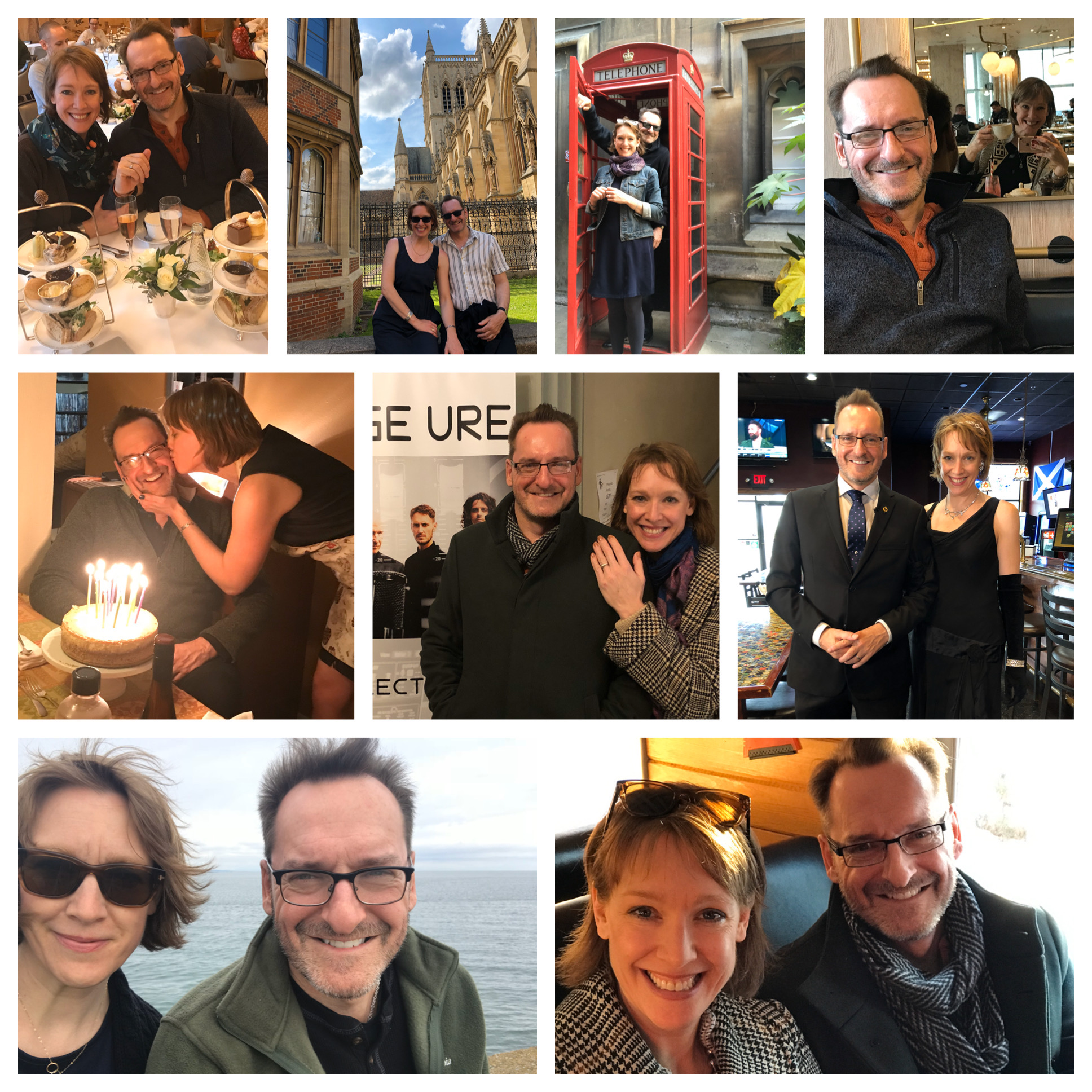 Dr Marry and I started talking about doing this series of posts about his alcoholism and our journey through addiction together in November of 2019. The truth is, the great majority of people in our lives had no idea that this happened or that Dr Marry continues to this day to be an alcoholic enjoying sobriety, because for the rest of his life, he will be an alcoholic. But I also believe fervently that he will, for the rest of his life, be sober. I don’t say that glibly or without the understanding that there are people who are sober for decades who, for some reason or another, fall off the wagon and have to start all over again. If we have to, we’ll cross that bridge if we come to it. I don’t spend one minute thinking about that as a reality because unless it happens, it simply is not our reality.

Instead, our reality is that life is more glorious than either one of us could have ever dreamed it would be. Our reality is two challenging, meaningful jobs. One son who has traversed this journey with us, albeit from afar, and also found his way back to a lovely relationship with Dr Marry. Three parents and their partners as well as three siblings, their partners and children who are all healthy and happy and an important piece of our lives. One very silly and extremely needy pup who would rather we simply be home all day, every day to let her out so she can come in, only to go out 15 seconds later again. And, most importantly, one amazing relationship that has transcended anything I ever believed I would have. In fact, I could never have even dreamed of a relationship like this because I had never seen one like this; I didn’t know these existed.

I didn’t know that you could have a partner who actually was a sounding board with valuable insight that mattered to your decision-making. I didn’t know that something good or something bad could happen, and the first person you would want to talk to was him because he will instinctively know what to say or not to say, and he will let you feel the way you need to feel and go through it with you however you need him to. I didn’t know that a mundane day could be as lovely as a trip to new locations halfway around the world because you are together. I didn’t know that you could “willingly” drag yourself out of bed four days a week to go to spin class with someone simply because you value that it’s important to him, and you find joy in being part of that with him.

Have we had ups and downs since Dr Marry came home from rehab? Absolutely. I’ve catalogued many of them in this blog already. But do you know what has not wavered in these three+ years? Dr Marry’s commitment to being sober, my commitment to staying invested in him and our deep and abiding love and respect for our marriage and all that that entails.

I can honestly look back on the “dark” years, the years before Dr Marry’s body forced him to either stop drinking or die, and say that I wasn’t wrong to stay. I wasn’t wrong to stubbornly refuse to give up on him or us. Where I was wrong was in my instinct that somehow I could save him; somehow I could snap him out of whatever he was mired in. I now know that no one can save another person when stacked up against addiction.

While I absolutely believe I played a contributing role in Dr Marry’s fall into alcoholism (we differ in opinion here–he refuses to let me take any of the blame, but I believe there’s more than enough to go around, and not just to me!), I couldn’t do anything to “force” him out. He had to do that. And he did, with a lot of help from hospital and rehab staff, medicine, the tools he learned in rehab, the people he spent time with there, his ongoing AA groups and his own glorious, stubborn will.

Our story is not like many stories. The day I spoke to his rehab group, I learned the sobering truth that between the seven other participants, they were back in rehab for about the 35th collective time. I’ll never forget sitting in that room with that group and wearily fearing that I would be back to do this time after time after time.

That has not been our reality. But if any piece of this story is part of your reality, let me encourage you to not go it alone. I barely let anyone know how seriously bad things were at home. I thought I was managing to compartmentalize that against the rest of the areas of my life. I can easily look back and see how the stress of a marriage that was bad for reasons I couldn’t adequately articulate was bleeding in to other aspects of my life. But as I invested in those other areas, Dr Marry felt abandoned and dove even further into addiction, which pushed me even further away. We were in a vicious cycle that I don’t believe either of us could have broken on our own.

I’m so proud of Dr Marry for being this vulnerable and honest. I’m so proud of Dr Marry for being sober for three+ years. I’m so proud of myself for the seismic shift I have taken because of the gift we were given in the six weeks of this journey. I was terrified that I would just find other areas of his life to criticize and blame, and I haven’t done that. I was terrified that I didn’t know how to be a supportive, invested spouse who prioritized her marriage. I have become that. I’m so proud of us for going through this crucible together and coming out stronger on the other side. I’m so proud of us for doing the work every day to commit to our present and future together. And, above all else, I am simply so, so grateful for this man by whose side I want to be everyday for the rest of our journey together.

Next: Counting our Blessings, an Epilogue 9b (video) 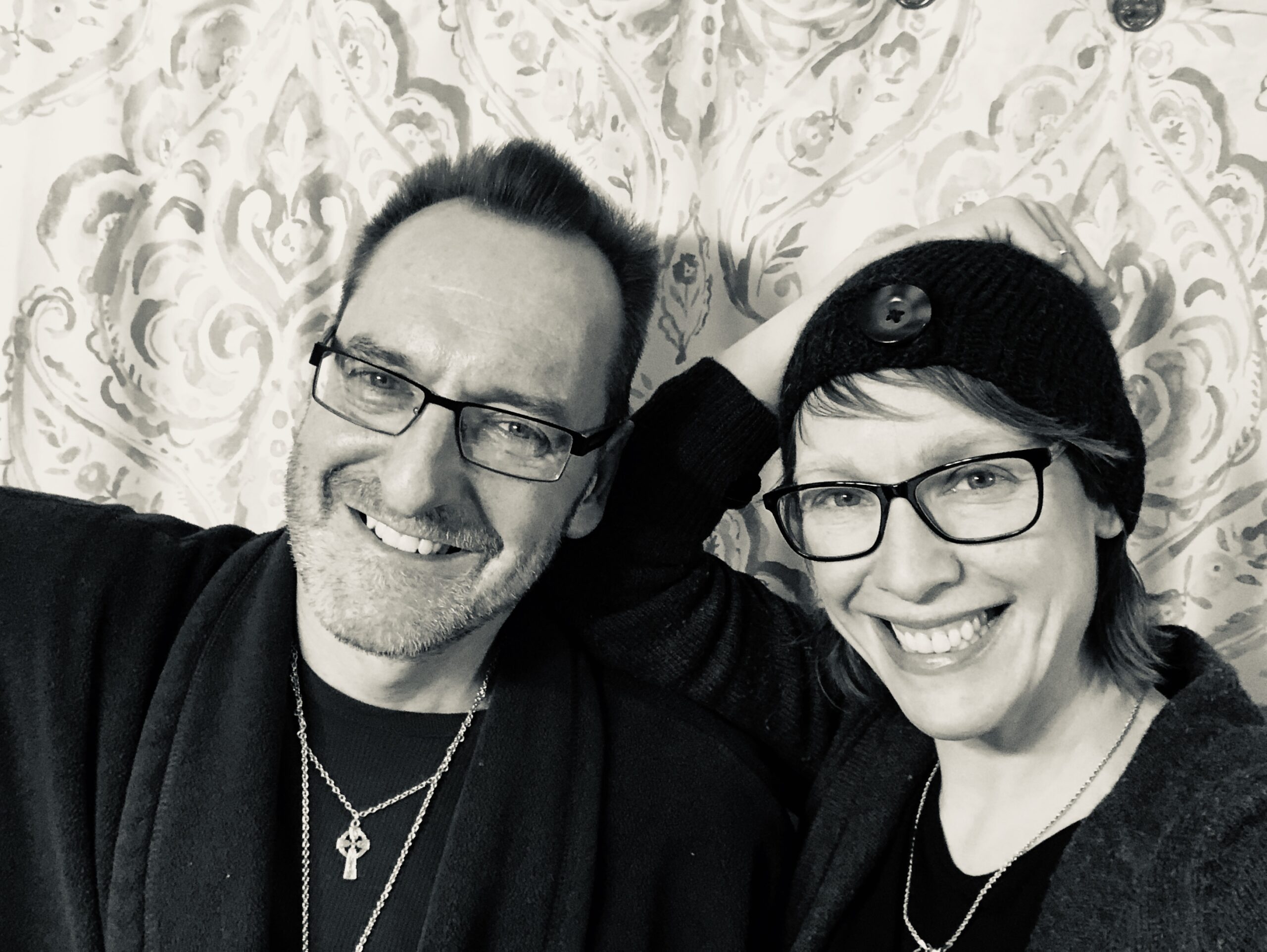 The day before my world turned upside down